A selection of articles

Extinction Rebellion prosecutions showed the spectrum of climate protest
There were professionals and parents, tears and eloquence, as the courtrooms filled to overflowing

In the past two years, I have spent a lot of time at City of London magistrates court. As part of Extinction Rebellion’s media team, I have followed the mass prosecution of hundreds of peaceful climate campaigners.

It began with plea hearings for those charged after our April protests. Every Friday through the summer and autumn of 2019, two courtrooms filled to overflowing with XR defendants, their friends and supporters. The media coverage of April had showcased the young and the flamboyant, but the people who appeared were from across the spectrum: professionals, parents, retirees, the vast majority first–time activists.

The high point of those Fridays was the guilty pleas. In groups of six or seven, defendants took turns to explain their actions as mitigation before sentencing. Most read statements written in advance. Some spoke about the science in great depth, others gave heart–wrenching accounts of fear and grief, of the mixed emotions at the birth of a new grandchild or the renewed hope that came with action.

Often they pointed out the difference between the legal definition of guilt and the moral kind, respectfully refusing to be contrite. If they accepted guilt at all, it was for having not acted sooner, for having wasted decades politely writing letters while the climate crisis escalated. At times some became too choked up to continue, at which point Sylvia, the list–caller, would approach with tissues and gentle words of encouragement.

After each statement, the judges would often praise the speaker‘s eloquence and moral integrity and summarise what they had heard. One judge would often add to them. “You talked about the civil rights movement,” he might say, “you could also have mentioned the suffragettes.” Or: “You spoke of wildfires in Australia, you could also have said Siberia.”

One particularly tearful day, a defendant read an excerpt from Carl Sagan‘s Pale Blue Dot, inspired by a far–off image of the Earth taken by the Voyager space probe. “Look again at that dot. That‘s here. That‘s home. That‘s us. On it everyone you love, everyone you know, everyone you ever heard of, every human being who ever was, lived out their lives.” “Well, I for one,” the judge responded, “will be looking up that image.”

For all those who pleaded guilty, just as many chose to go to trial. By late autumn 2019, with trials for the April protests well under way and a new set of plea hearings starting for the second wave of protests that took place in October, there were days when every courtroom at City of London magistrates court was hearing XR cases. Covid and the lockdown did not slow the pace, with prosecutions for the September 2020 protests being added to the mix. It fuelled a growing sense of outrage among protesters, as people were summoned from around the country to attend group trials even as hospital numbers peaked.

No defendants denied their actions. Most argued their rights to freedom of expression and assembly as set out in the Human Rights Act. But mainly they argued necessity, an ancient piece of case law that excuses criminal acts intended to prevent a greater harm, like breaking the window of a burning house to rescue those trapped inside.

But while no judge has ever challenged the urgency of the science – with one even telling defendants: “You must succeed” – none has accepted the necessity defence. Aside from technicalities, what is left are moral arguments, and as judges have said repeatedly, theirs are courts of law, not of morality. This response is being met with a mounting campaign of contempt of court. So far, 11 people have glued on and livestreamed from the courtroom, with most of these sentenced to prison time.

Although the trials will continue for a while, the September pleas are petering out and with them new prosecutions. But as lockdown eases, XR has plans to return to the streets, and I will no doubt be seeing far too much of City of London magistrates court. 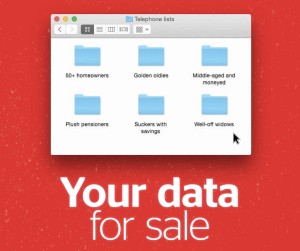 Undercover Investigation: Your data for sale
Personal and financial data is being traded on a huge scale – and sometimes illegally – with a shocking number of brokers apparently willing to sell to anyone who comes calling
PDF (subscription only)
Plain text
National coverage includes: The BBC; The Independent; The Express

Passing the buck
Recent crime figures show disturbing levels of online fraud. Is enough is being done to help the victims?
PDF (subscription only)
Plain text

How long before the MOD’s flying panopticon starts spying on us?
Technologies developed by the military for use against foreign enemies have a habit of finding their way into the hands of civilian police forces

Silence and self-rule
Brooklyn’s ultra-Orthodox rabbis claim they are co-operating with authorities over child sex abuse. But victims say they are being persecuted – and that the DA is doing little to help

Parking spots are replacing vibrant street life in Yangon
The social life of Myanmar’s principal city takes place in sidewalk cafes. But they’re in danger of disappearing as the city embarks on a road-widening effort

A country home, by a modernist at play
A unique 20th-century gem designed by John M. Johansen fits neatly into the weekend lives of a Manhattan architect and designer

An archeological rehab
A British-born art restorer breathes life back into an 18th century farmhouse in Cahors, France

Leading the way forward
As the military dictatorship in Burma begins reforms, could the innovative Pre-Collegiate Program produce some of the country’s future leaders?

Scream rooms, locked closets and duffel bags
The use of seclusion rooms to control mentally disabled children is alarmingly widespread in US schools

The young victims of a drugs war
Schools in El Paso, Texas are filling up with traumatised children escaping the Mexican drugs war

What to spare, what to share and where to begin with 9/11
A new curriculum could make it easier for teachers to broach terrorist attacks with pupils 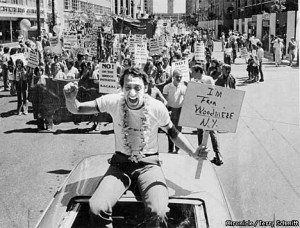 Hiring heroes for a fistful of dollars
A maverick head in a poor New York district has lured a crack team of ‘master teachers’ with salaries of $125,000

Waiting for “Superman”: Despair, villainy and no hero to save the day
With a documentary about the failure of American public schools about to open in New York, the American teachers’ union is braced for impact

Home Suite Home
With fierce competition between universities to win students, halls of residence are growing in sophistication

Mind the gap
Faced with a scarcity of inner-city building land, architects are becoming ever more imaginative in squeezing new houses into unpromising spaces

Ezra Stoller at Yossi Milo
As an architect, Stoller understood the buildings he photographed. But his images became icons in their own right

Captain America
Architect Eero Saarinen, subject of a fascinating new show at the Museum of the City of New York, gave a face to American post-war power

Vertical Urban Factory at the Skyscraper Museum
For factories to thrive at inner-city densities, they need to function vertically

Judging a book by its cover
In the age of the cheap downloadable book, illustrator Jillian Tamaki uses embroidery in her covers to convert Penguin Classics into desirable special editions

Alexander McQueen: Savage Beauty at the Metropolitan Museum of Art
How McQueen found beauty in the grotesque

The Natural Order
MAD’s Dead or Alive exhibition showcases contemporary artists working in a slew of unusual, natural materials, but is it craft?

Object Factory at the Museum of Arts and Design
MAD explores how designers are putting a modern spin on an ancient material, with mixed results

The art of demanding
Architect Tony Fretton is inspired by Peter Zumthor, David Chipperfield and the Apple Store